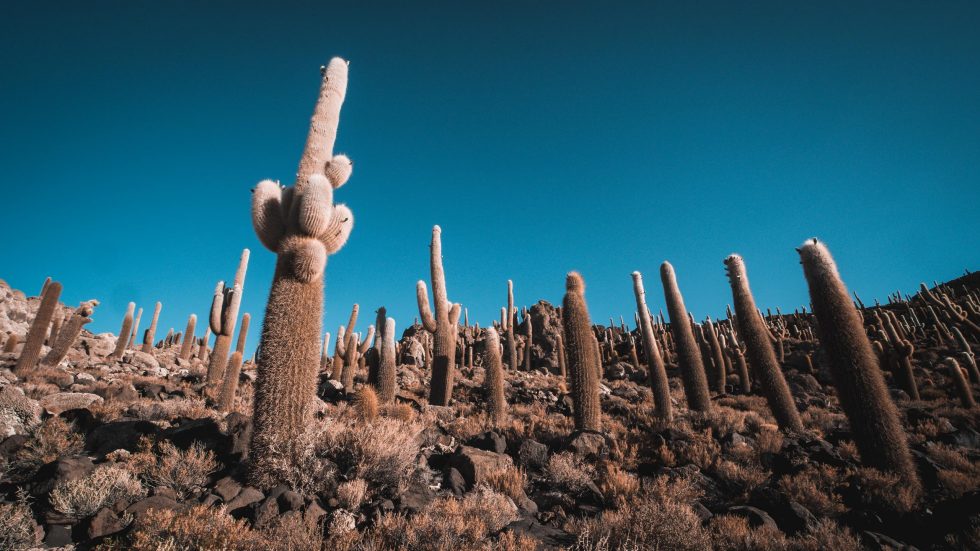 We paid around 250€ per person for a 3 day trip. We only expected to see the empty white Uyuni lake but during the trip you get to see so much more and it’s well worth your buck. Hotels, food, transportation and a driver/tour guide is all included. The downside is that the group always has to consist of 6 people and sometimes you can’t choose who you are traveling with. I suggest you try to put together your own 6 people beforehand if you have the chance.

We flew in to Uyuni and arranged a pickup from the airport. It’s super easy and either included in the tour package or it costs a few dollar depending on the tour agency.
First we got together at the office and the agency introduced us to the driver/tour guide and the other group of 4 people with whom we will spend the next 3 days together. We got to leave our large bags at the office and only brought the essentials in a backpack for the trip. The tour agent explained the places we’d visit on a map but didn’t really show us any pictures. So I had no idea what to expect, which in retrospect was even better that way. It’s like not watching the trailer to an awesome movie.

The first stop of our trip was the train wreck in the middle of the desert. The tour guide said at some point in time the train wagons were replaced with new ones and the government didn’t have the money to get rid of the old trains, so they just left them in the middle of the desert. Yes, it was the most touristy part of the trip and unfortunately it was also quite dirty and full of dumped plastic. Obviously there’s no budget to clean up the place and being a huge attraction for tourists and locals, plastic waste has found its home here. It was really sad to see. A lot of jeeps were parked beside the attraction and so many took selfies and pictures of themselves in old train wrecks. This was not really my favourite but after a 10 minute walk we found a rather deserted area with broken train wagons in the middle of the desert.

Many of the tour agencies have the same itinerary on the first day. So now we experienced a salt village on our second stop. The tour guide said there is a salt market and a small salt museum and unfortunately as it was a sunday, the salt factory where they actually processed the salt was closed. Everyone hang out at the market and bought decorations, small sachets of salt and other goodies for souvenirs. This place was again packed with tourists and the jeeps were all clogging the parking space and vendors were trying to sell their goods to anyone who passed by.
Now what came next was the actual highlight of the trip. The Uyuni Salt Lake. Either it will be super dry and you can see the hexagonal forms of salt or it is wet and you can see the awesome reflection of the sky. Either way, this is the highlight of the trip…for now. The tour guide knows what to do and offers to do a photo shooting with us for an hour or two. We used this infinity background to do some perspective skewing shots and got really creative. Our driver/tour guide suddenly became an experienced photographer too.
Our next stop was the salt hotel where we had lunch. As it is in the middle of the desert, the food was brought separately with the jeeps and we got reminded that there is not a single water source in the salt hotel and I also realised despite it being so hot, I couldn’t find a single drop of sweat on my forehead. It’s like the salty environment was sucking the water out of me. Nevertheless our group engaged in conversation while eating lunch and we got to bond a bit more.
The next drive was a bit longer than the previous one but we could stop whenever we wanted to take pictures or go take a leak. When we arrived at our next stop, the sun was already setting. But this place was incredible! It was a whole island full of cacti. It is also called the Incahuasi Island. It is full of giant cacti that took hundred of years for them to grow. For a small entrance fee you can enter the island and walk along a man made path for tourists. I decided to go around the island and explore it from the outside. The sun set made the scenery even more epic and i got one of the best pictures of my trip here.
After sun set, we arrived at another salt hotel where even the walls and our beds were made of salt. It was a very dry night but still relaxing after such a full and active day. Now I thought we’ve actually seen everything we wanted to see and this Incahuasi Island was a bonus. I had no idea what we’d see next.

The next day, we drove along deserted train tracks leading to a military area. We stoped at a very small hut where we could replenish our water supplies and snacks and fill up some gas for the jeep. Around noon, we encountered some wild flamingos at a lake with a very picturesque mountainous surrounding. This was definitely another highlight of the trip. Just at the side of the lake, we had lunch at a small restaurant and then we left for the rock formations and we saw the famous rock tree. I also happened to find a giant rock that looked like an evil Donald Trump… The red lake came next. The view was spectacular! Later that day we drove through the desert once again. Just a huge landscape, no roads, nothing but mountains and a compass in the jeep to navigate the direction.

Soon we arrived at our second sleeping place. It was a small establishment in the middle of the desert that had several rooms and a common chill area. Our room was a large room with 6 beds. It was still early and the sun was still up so for the sunset, my friend and I wanted to climb up a hill and chase the sun. The hike turned out to be a full hour and on the way we found a dog who seemed to be very excited and lead the way. The dog showed us the best way up as there was no trail at all. When we arrived at the summit you could see the whole area from a birdeye view. That was really incredible! We went back down the mountain, tried to take some night photos of the stars (we were in the middle of nowhere in the mountains afterall) and by the time we arrived in our room, the other were sleeping already. I was so exhausted and got to sleep really well.

We left at around 6am to arrive at the most epic fumaroles I’ve ever seen. The steam was so thick and the mud was just bubbling aggressively.
We passed by a hot spring with almost no people in it. It is being heated by natural gases and we were really lucky with the weather. I loved it, because the air was kind of cold, it was very sunny and the water very very warm.
On our way home we passed by some Llamas. They were on an awesome green field drinking from a natural small river stream. Even though I think most Llamas are being taken care of, these definitely looked like wild ones. On our last stop at a very small market, we had some of the best salteñas from an old lady at the side of the road. they cost only 50 cents per piece and I just had to go back and buy more for the trip after I swallowed 2 of them in one go.

All in all I thought the tour was so well worth the 250€. Not only did we get to see the incredible landscape of Bolivia, but we also got accomodation, food, transportation and a guide for 3 entire days. The food was good too considering the circumstances we were in (Salt Lake without water, trash management and organisation of the food arriving at the salt hotel on time)

must pack for Uyuni:
anything else like clothes, toilettries etc.. is up to you. But missing one of these is really troublesome.
Make sure to prepare for extreme weather conditions: very hot, very cold and very wet! Because yes, all those can come in the 3 days you visit Uyuni. I encountered ultra hot weather and very cold weather when going up the mountain and at night. I was so happy to have my down jacket with me in my bag. At the beginning I thought i wouldn’t need it.
Tagged: boliviaexperiencered lakesalt laketouruyuni 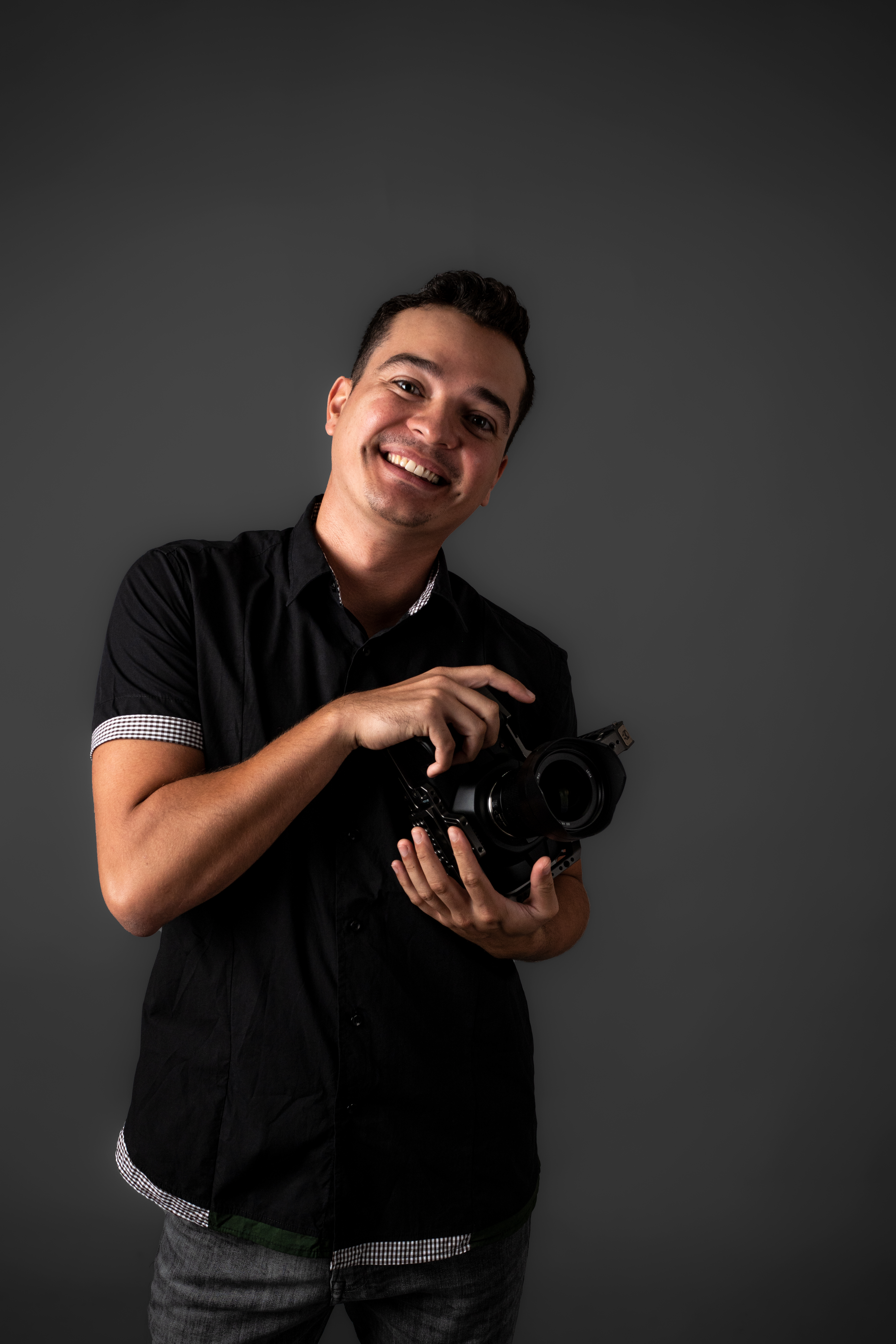